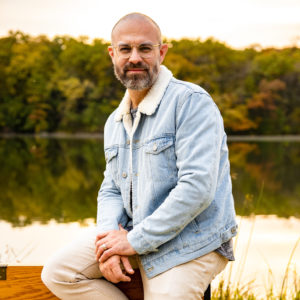 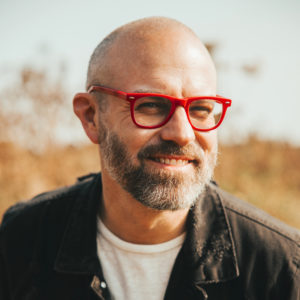 Yep, I was born in Pasadena, CA on November 5, 1969, just after they landed on the moon. My parents (Art & Lois) had me involved in church from the day I was born. I’m so glad! My dad has worked for Youth for Christ for over 55 years, so I have always been around ministry and have loved pouring into the next gen. My mom was a teacher for years. Not surprising, considering where I ended up. I also have an older sister, Deanna, who is married to Tim and has two beautiful adopted boys, Luke and Levi.

After 2 years in California, my parents moved to Denver, CO where we lived for 9 years. Incidentally, I am still a huge Denver Broncos fan, for better or for worse. My parents had season tickets to see the Orange Crush, and my dad would alternate taking my sister and me each week.

There, at age 4, I received Jesus Christ as my Lord and Savior one night kneeling beside my bed with my dad. Best decision I ever made by far. I also started taking piano lessons when I was six, but I had no idea how that decision and the one I made to follow Jesus would impact the rest of my life.

We moved to Columbus, OH in 1981 where we got a dog named Cookie. I played a little football and was on the wrestling team at Blendon Middle School. I even started playing drums with hopes of being in the marching band like my big sis. I got into BMX biking big time and could always be found outdoors jumping ramps and doing tricks. I was pretty good at it, too. But in 1982 I broke both wrists and my collar bone in a BMX jumping accident. Unfortunately, I also broke my elbow in wrestling that same year. I think that was when I discovered God was more interested in me focusing on music than on sports!

In 1984 we moved to Indianapolis, IN where I went to Lawrence North High School. I was on the drum line and ended up being drum line captain my junior and senior years. Our band actually won state my freshman year! At that point, I started focusing more on songwriting in high school while still taking piano lessons and getting into recording gear in our Music Careers class. I even put a band or two together and really began developing a sincere heart for God and for His Word.

After graduating in 1988, I went to Wheaton College near Chicago as a Music/Communications major, but transferred in 1990 to Anderson University in Indiana as a Music Business major. This is where I met my beautiful, incredible, amazingly, wonderful sweetheart, Martha. We had our first date February 2, 1991 at Wendy’s. I was head over heels in love. We both knew immediately that we were bound to be married, but I waited until October 25, 1991 to propose. She said yes, and we were hitched just after we graduated from AU on May 23, 1992.

We honeymooned in Florida for a week and even stopped in Hawaii for 4 days on our way to Singapore where we were missionaries with Youth for Christ for 8 months. After that, we moved to Nashville in March of 1993 where I spent 5 years trying desperately to get a record deal while recording 3 independent CDs (anything from rap to alternative rock). I just wanted to help people know Jesus!

After much frustration and brokenness during those years over the difficulty of breaking into the “professional” music scene, I finally told God that I was 100% His and that I would do or be anything for Him, no matter what. What followed was me realizing that God was less concerned about me being a “rock star” than me drawing close to Him in friendship. If I would just focus on that one thing, everything else in God’s plan would fall into place in time.

In December 1997, some friends of mine in a band named Zilch asked me to be their lead singer. I said “yes,” and we began touring with the support of Gotee Records. After a ton of wild God stuff, we felt led to record a Zilch praise and worship CD. But half way through the recording, we realized this was more than a nice worship album. God was transforming us into worshipers and was about to do something amazing. We changed our band name from Zilch, and that was when SONICFLOOd was born.

The first SONICFLOOd CD (the pink one) came out on March 26, 1999. We had a wild ride for the next 15 months while God allowed this CD to touch many, many lives, top the charts, and sell nearly 900,000 copies. It was amazing! I’ve had countless people tell me how that the SONICFLOOd CD was their first Christian CD ever. I am so grateful, and I learned so much in that season.

Then, in May of 2000, God broke me out of SONICFLOOd through some challenging circumstances. I’ll be honest. I was distraught about how everything went down after I finally discovered my calling as a worship leader. Just like that, it was over. Even so, I grew immensely in those years, and I am convinced that God’s path for me is the best one, even when it hurts deeply.

After recording 4 more Jeff Deyo worship albums and touring the world, God called our family to move to Minneapolis, MN to teach at North Central University. Leaving Nashville was a very difficult decision, but I knew God was up to something, as usual. He was moving me toward multiplication in order to build something much bigger than me. Now, I’ve been at NCU for 11 years now (since 2010), and have loved pouring into our incredible students, teaching them about worship leading and songwriting, mostly.

Along the way, Martha and I have had continued to be madly in love (through the challenges), and we have enjoyed the 4 most amazing gifts God could ever give us; our children: Roman (2002), Evan (2004), Channing (2010), and Clara (2012). They are incredible, and I can’t wait to see what God does in each of their lives in the coming years! Oh yeah, we also have a dog named Master Shifu. He is a Llasa Apso, and he and I have a love/hate relationship.

As you may or may not know, I recently release a brand new piano instrumental EP entitled “From Eternity.” These songs span the decades, as I wrote the first one in college. After 29 years, we are finally making these songs available to the public wherever music is streamed. I believe they will touch you and encourage you as we seek to grow closer to God in this incredible journey called life. Who knows what’s next, but I’m in it for the long haul with Jesus, and I can’t wait to see you along the way. Feel free to reach out to me through any of my social channels @jeffdeyo or by messaging me at the link below. God bless you!