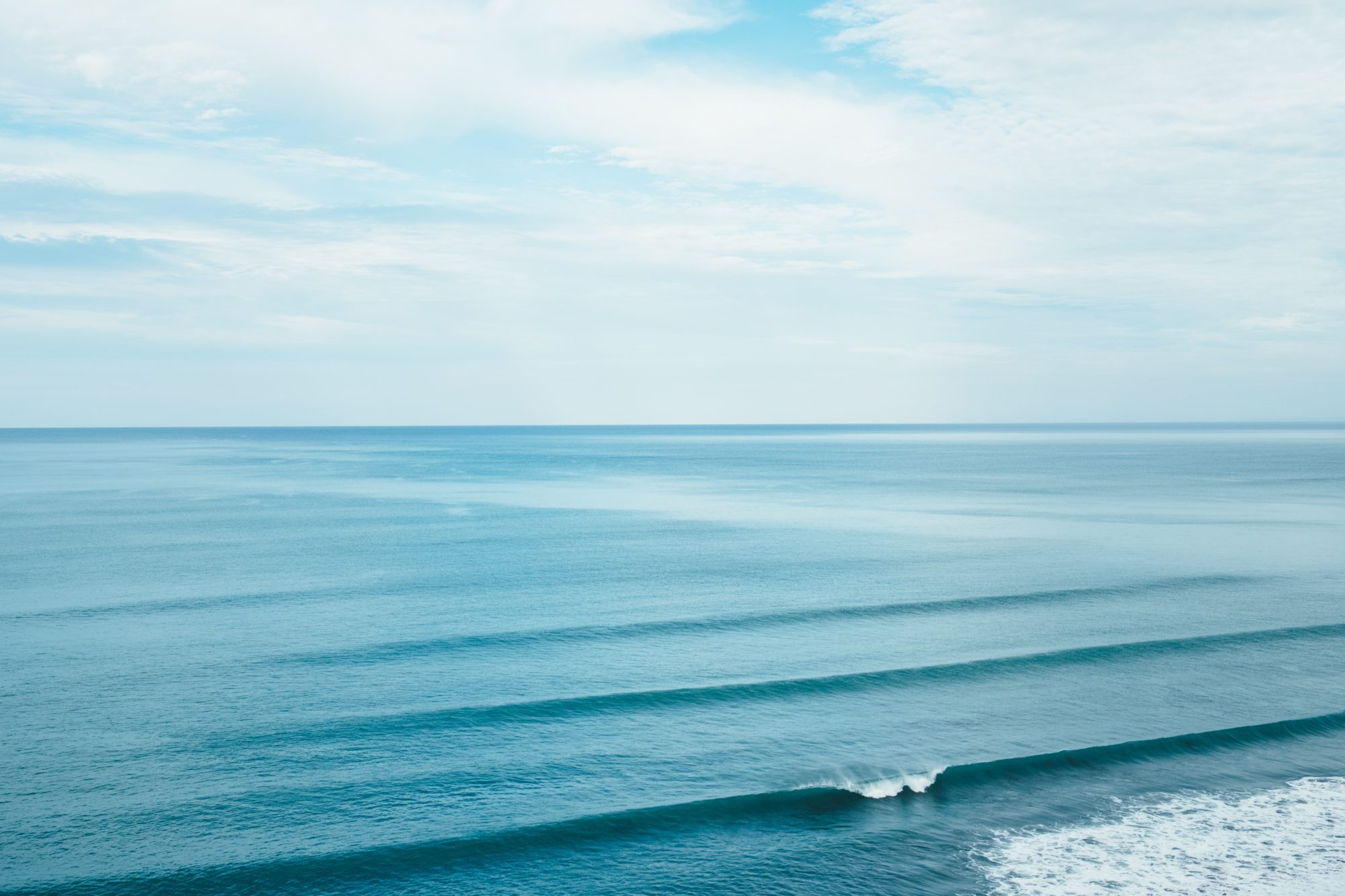 Here’s the big question. Who is Lord of the promise? Me or God?

OK so this is a bigger issue than we think. There are over 8,000 promises in the Bible, and the question is, who is responsible to make them come to pass? Us or God?

Obviously—just like with every Sunday School question—the answer is clearly, J.E.S.U.S. Unfortunately, however, even though we tend to know the answers in the Bible, we seem to have a much harder time trying to live the answers.

Take Abraham and Sarah for example. After God told Abraham in Genesis 15:1 that he would bless him and protect him, Abraham challenged the Lord, saying, “What good are your blessings when I don’t even have a son?”

At this, the Lord promptly promised Abraham that he would give him a son of his own. Moreover, he led Abraham outside to see the stars, saying, “Look up into the heavens and count the stars if you can. Your descendants will be like that—too many to count!”

Wow. That’s a lot of grandbabies.

Things are going well. The Bible even tells us God counted Abraham as righteous because he believed God’s promise.

Then came the doubts.

See, this wasn’t one of those promises that comes to pass in a flash. In fact, the Bible lets us in on an important detail in this heartwarming story—that a quarter of a century passed—a whole 25 years—from the time God made his promise to Abraham to the time he fulfilled his promise to Abraham, granting him his firstborn son, Isaac.

Obviously, to Abraham, this felt like the longest unfulfilled promise in all of human history. And I thought 25 minutes was a long time to wait.

Have you been there? You believed strongly that God told you something—something good. Something wonderful. Something that virtually required a miracle for it to come about. You’re pumped, and you believe. But then comes the waiting. 20 or 30 minutes pass by, and still no promise. 20 or 30 days come and go. Still no promise.

Then come the questions.

“Did I really hear God?” Sounds like the voice of that slithery dude in Genesis 3.

You shake your head. Yes, of course you heard God. How could you doubt him so soon?

“Well, I know I heard God, but did I hear him correctly? Clearly?”

“Maybe I misunderstood. Maybe I misheard him. Maybe he wanted me to take action. Maybe he’s even waiting on me! I mean, I know he said he was going to do it. But maybe he meant he would do it if I helped him out a bit. Just a little.”

Isn’t this what Abraham and Sarah were wrestling with? You can imagine, they must’ve stood super strong for the first nine years. But then, they started pondering—reconsidering—or simply listening to that slithery dude.

“It’s not like God is going to make me pregnant,” Sarah may have thought. Of course, no one had heard the story of Jesus’ momma yet. “We are getting up in years. Maybe ole Abe’s plumbing isn’t working like it used to. Or maybe mine isn’t? Maybe God was looking for us to help him come up with a creative solution to the problem—one that didn’t require all this crazy impossible stuff.

So, in year ten, Sarah (Sarai) took her servant, Hagar, and gave her to Abraham (Abram) so she could bear his child. She even tried pointing the finger at God for messing up the original plan. In Genesis 16:2, she said, “God has kept me from having children…”

Of course, we may not be absolutely sure what Abraham was thinking when Sarah gave Hagar to him… But. Well. I guess we probably do know what he was thinking.

And so, Abram slept with Hagar and she became pregnant and bore him a child named Ishmael. And that’s when all the real problems rushed in.

We knew a couple who was thinking of selling their home. They weren’t entirely sure, but they had a sense God was preparing them for a move. They agreed together with the realtor on an asking price. The only catch was they felt God leading them to lean toward more of a higher asking price—still within a reasonable range—almost as a sort of fleece. They agreed only to sell the house if someone made an offer that was equal to that price. This would be taken as a sign that the time to move out was indeed now—and that God would also provide a new home for their family to move into.

After a few weeks, without any offers, the day finally came. A couple who was specifically looking for a home like theirs in this neighborhood came back for a second showing. They made an offer. But the offer was $20,000 less than the asking price.

What to do? Obvious, right?

Still, after much back and forth, the couple was struggling to make a decision. One of them was convinced this was a test and that they should decline the offer, while the other wasn’t sure—the offer was reasonable, and they would still make money on the sale. Plus, they might miss their window of opportunity!

Finally, they agreed to stand their ground and trust the Lord. How hard could it be for God to provide a seller at the price he had led them to? Certainly, the God who can turn the hearts of kings and kingdoms can do this simple thing!

As far as we know, the couple has still not sold their home, but they have reported that God continues to be faithful to provide, as always, and they continue to trust him for the right timing.

It’s true. When you’re reading a blog, it appears much easier to make these types of decisions. But when you’re living it, it can be much more difficult.

A young man I know, a very talented keyboardist, got an offer to play with a new, up and coming band. They were headed to Nashville and promised him the role of keyboardist for their upcoming national tour. The only issue was, he is a believer, and the other band members are not. They actually had songs and videos online that were clearly immoral. Yet, the tour would pay well, and they were going to be on a tour bus. It looked like the opportunity of a lifetime.

I talk with many students, and so many struggle with situations like this. They automatically think, “What if this is the only opportunity that ever comes my way? What if this is my big break?”

But, I always remind them, “Who can stop the plan of God? If he calls us to a certain career, isn’t it fair to say that he is going to provide the opportunities—and that he doesn’t ever call us to compromise our morals to reach success?”

I know, I know. Some might say he’s missing a huge ministry opportunity, but until you’ve been on the road for weeks on end, I wouldn’t try understanding why sending a young musician out on tour with a group of ungodly bandmates might not be such a good idea.

Anyway, after talking with him quite a bit, I (and some others) finally convinced him to say no to the tour. I told him this is often how God works. He allows the devil to bring us a seemingly great opportunity—one he knows we want badly—to test us. To see if we will be more faithful to him or more faithful to our longings for success.

I reasoned with him, telling him he would undoubtedly feel an amazing freedom once he had made the decision to walk away and trust God—even though his future wasn’t clear and there were no immediate opportunities awaiting him.

Amazingly—with some apprehension—he took courage and declined the opportunity. He called me a few days later and told me how free he felt! How good it was to make the right decision. To know that he’d obeyed God and not compromised for selfish gain. To know that his future was in the hands of God, no matter what, come hell or high water!

Unfortunately, Abraham and Sarah did not say no to “opportunity”. They found themselves with a child born outside of their marriage covenant, and they were beginning to realize this was not God’s perfect plan after all. Their marriage was in trouble. Sarah’s relationship with Hagar deteriorated irreparably. And they now seemed to have more problems than before.

Even still, God had mercy and returned a few years later—when Ishmael was 13 years old—and commanded that Abraham serve him faithfully. He then promised to give him a son through Sarah in about a year from that time. Once again, he declared that they would be the father and mother of many nations—with millions of descendants! And even though he did plan to bless Ishmael, he made it clear that his covenant was with Isaac. (See Genesis 17:20-21)

A year later, Isaac was born, just as God had said. A full 25 years after God’s original promise.

If I’m honest, I’ll tell you I’m not often a huge fan of God’s timing on things. Especially since the invention of microwaves and cell phones. I want it NOW! Nevertheless, our God seems to be the God of later, not now. And I choose to trust him in that. Why? Well, for one, I believe he knows better than I do. And for two, because of stories like Abraham and Sarah’s. “But what’s so bad about their story, Jeff? It all ended just fine.”

Scholars tell us that Ishmael’s descendants now make up most of today’s Muslim population. It is also true that Isaac is the father of all Jews and that Ishmael is the father of all Arabs and that this is where much the middle east conflict began. Of course, there are both Christians and non-Christians in both of these groups, but the point is clear—much war and bloodshed has come as a result of Abraham and Sarah’s attempt to bring about God’s promise on their own.

No matter how you look at it, when we get in God’s way and attempt to fulfill the promises he’s gives us via our own means, disaster awaits.

After receiving an exciting prophecy concerning the future—much like the one Abraham and Sarah received—many get impatient and try to make things happen on their own. I’ve done it. You’ve done it.

But when it comes to God’s promises, we must resist the temptation to try to accomplish his plans in our own strength. But simply trust and obey. To be willing to wait as long as it takes for him to bring the increase. In doing so, we will strengthen our relationship with God and reap the harvest of his blessing at the appropriate time.

**Please feel free to share comments or thoughts on my little blog in the comment section below. I’d love to hear from you to keep the conversation going. And make sure you sign up with your email on the homepage to receive notices from me each Tuesday when I post my newest blog. Thanks!