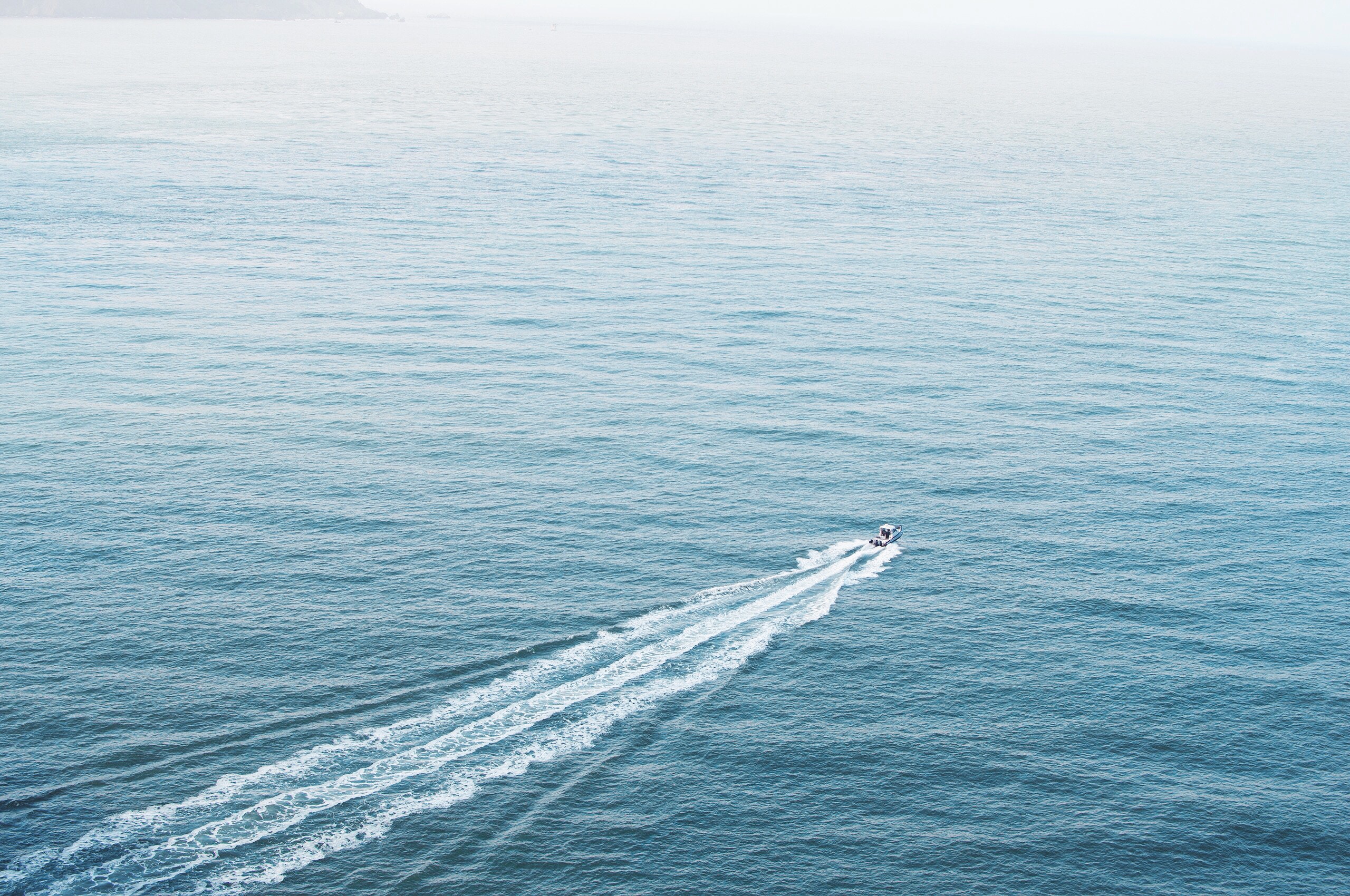 We all struggle with temptation. With every passing minute it seems there is yet another enticement working to lure us into places we shouldn’t go. At the same time, temptation also comes at us repeatedly in our same old, ever-so-familiar areas of weakness.

The question is not whether we’ll face temptation, but what we will do when it comes.

I’ve found many of us misunderstand the scriptures on this subject, and that is exactly what inspired me to write this blog—the hope that I might be able to encourage those of us who find ourselves losing this battle time and time again.

Although temptation is common to us all—even our Lord and Savior (see Matthew 4:1-11)—the Bible is very clear that the battle has already been won. Not just in the future, but in the here and now, on the earth. In the present.

“But remember that the temptations that come in to your life are no different from what others experience. And God is faithful. He will keep the temptation from becoming so strong that you can’t stand up against it. When you are tempted, he will show you a way out so that you will not give into it.” 1 Corinthians 10:13

We know this verse. Or do we?

Right off, I hope to set the record straight. Oftentimes we misquote this verse, believing perhaps that its purpose is to comfort us with the thought that God will never let us experience trials that are too difficult for us. And, while this may or may not be true, it is by no means what 1 Corinthians 10:13 is getting at. Its message is referring specifically to the ability the Lord affords us—by his Spirit—to overcome temptation.

By simply revisiting the text, we might gain at least three simple ideas.

1. Temptation is normal. Yep, as I mentioned above, temptation is a normal part of everyone’s life. What this means is that we shouldn’t assume something strange is happening when temptation continues to come our way. Of course, we should certainly be growing in our ability to overcome temptation. We might even expect temptation to come less often as the devil tires of bothering with us—as we increase in our ability to resist him. But there will always be new seasons and new levels of temptation thrown our way.

One of the enemy’s strategies against mature believers is to attack seemingly out of nowhere. As I mentioned, he may leave us alone for awhile as we grow more mature, but then, just when we let our guard down, BAM, he hits us hard in our greatest area of weakness.

Another tactic he uses is to attack when we are feeling depressed or lonely. He loves to get believers off by themselves, imagining we are the only ones going through a particularly difficult situation. In these moments, we are often much more susceptible to yielding to temptation.

I once heard it said that the devil also loves to pounce after we’ve had a great spiritual victory, since this is often when we are more vulnerable than we might think. We mostly assume the best time to seek God is before something big is about to happen—in preparation of some powerful ministry experience or event. But, looking closely, we notice that Jesus often stole away with the Father just after a big miracle or large gathering, because he understood the human tendency to fail—often as a result of pride in our “success”.

2. God will keep everyday temptation from becoming so strong that we can’t overcome it.

Part of overcoming temptation is understanding its origin. We all know the Bible tells us that the devil is roaming around like a roaring lion, in essence, looking for a way to kill, steal, or destroy us. He is the master of temptation—mostly because he is the Father of Lies.

It’s exactly what he did to Adam and Eve. He twisted the truth to trap them into making a bad decision. Sometimes we forget that he doesn’t make us do wrong things. He simply puts the carrot out before us in hopes we will take a bite. That is why falling into temptation is still on us. Yeah, the devil will eventually get what he has coming, but ultimately we are still responsible for our own decisions—truth is, the devil really can’t “make you do it”. If we are surrendered to Christ, he doesn’t have the power or the authority to make us do anything. He simply entices us over and over again, hoping we will finely give in.

What we may not be aware of is what James says concerning the role we play in temptation.

And remember, when you are being tempted, do not say, “God is tempting me.” God is never tempted to do wrong, and he never tempts anyone else. Temptation comes from our own desires, which entice us and drag us away. These desires give birth to sinful actions. And when sin is allowed to grow, it gives birth to death. James 1:13-15

Clearly, the devil is not the only one playing the temptation game. Oftentimes, we simply give in to our own evil desires. We may look to blame it on the devil, but truth is, our old sinful, uncrucified self is often the real culprit. That is why dying to oneself is easily one of the best ways to overcome temptation.

Biblically, I find it interesting that resisting the devil is one of the primary approaches to avoiding falling into sin. And remember, being tempted is not a sin. As mentioned before, even Jesus was tempted, and he never sinned. The issue is not being tempted. It is yielding to temptation.

When we resist the devil, the Bible promises he will flee. James 4:7 It’s the same as with any other law—like gravity—that’s just the way it is. The devil is bound by spiritual laws and has to flee when we resist him in the authority of Jesus Christ. And we do so by faith.

Interestingly, when it comes to sexual temptation, the Bible gives an altogether different approach. Paul appeals to us in 1 Corinthians 6:18 to flee from sexual immorality. I love this, because it is so fitting for the situation, and it also reveals the immense power of sexual temptation. The one thing the Bible does not tell us to do is resist sexual temptation. It just says to run away. It’s like Paul is screaming, “Don’t pause, don’t reason, don’t wonder. Don’t even take time to grab your stuff. Just hit the door. Run like a bat out of hell—or a believer out of hell.

3. God will provide a way of escape in every temptation so that we won’t sin.

The most compelling truth about temptation—and the primary element I’ve been aiming to highlight—is the idea that no matter how hard it may seem, saying no to temptation is exactly what God expects from us. Why? Because he has given us his supernatural power and because he always provides a way of escape.

Let’s take another look at 1 Corinthians 10:13, but this time as the Amplified version renders it.

No temptation [regardless of its source] has overtaken or enticed you that is not common to human experience [nor is any temptation unusual or beyond human resistance]; but God is faithful [to His word—He is compassionate and trustworthy], and He will not let you be tempted beyond your ability [to resist], but along with the temptation He [has in the past and is now and] will [always] provide the way out as well, so that you will be able to endure it [without yielding, and will overcome temptation with joy].

WOW. That is incredible.

Can you see how crafty the devil is? He has the whole Church believing that we are weak and feeble spiritually. So weak, that we have accepted the idea that temptation is something only Jesus can overcome. But this is not the case.

Jesus died to forgive you and I of our sins, and then he gave us the Holy Spirit so that we would have the power to choose door B every time.

You see, temptation is door A. It is the opportunity that the devil—and our own evil desires—affords us. The door of evil, and ultimately of death

The good news? Well, every time we are tempted, there is another door right alongside door A. The Bible makes it clear. There is a way of escape. Yet too often, we are so enamored with door A that we don’t even realize door B exists.

So, I’ve started asking God to help me see door B—the way of escape that he provides in every temptation. Being aware that God always provides a way to avoid falling into sin is half the battle. Most people don’t even realize there is a way out. They fall ignorantly into temptation with the idea that there is no escape—that any normal human being could never resist. But that is because they aren’t running like lightning toward door B. In the power of the Holy Spirit!

Why would Jesus tell us in Mathew 6:13 to pray and ask the Father to keep us from temptation if it were not possible to avoid it?

We know Jesus modeled and suggested a couple of different tactics for overcoming temptation and not falling into sin. When he was tempted by the devil in Matthew 4, he used the truth of the Word of God to stand against the devil’s lies. This is a foundational approach to winning the battle of sin and temptation. However, the obvious challenge is we must know the Word of God well if we are to use it to help us gain the victory over temptation. Do you know the Word this way?

In Matthew 26:41, Jesus tells his disciples to, “Keep watch and pray so that you will not fall into temptation.” This means we need not only stir up our prayer life—which is clearly very effective—but we must also keep our spiritual eyes open. What does that mean? Don’t be stupid. Realize your weaknesses, and don’t put yourself in a place to fall into temptation so easily.

Interestingly, 1 Timothy 6:9 also warns that cultivating a desire to be rich makes us much more likely to fall into temptation. So, watch out! These desires will cultivate a dangerous spiritual blindness like none other.

In the end, do whatever you can to escape the human’s natural tendency to fall into sin. Embrace the supernatrual—the power of the Holy Spirit. Run away from sexual temptation. Resist the devil. But above all, don’t discount the way of escape God provides in every temptation. He will not allow you to be tempted beyond your ability—in the Spirit—to resist. And he will empower you, so that you will be able to overcome temptation with joy!! 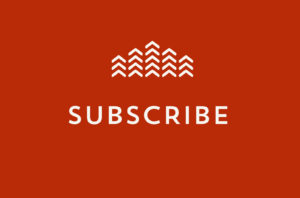 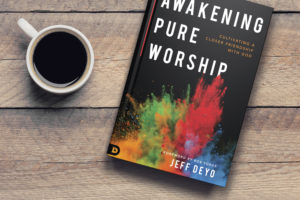 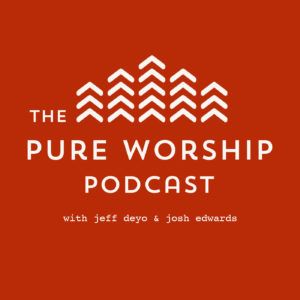 Check out the videos of our epic hopscotch on a fe

Check out our before and after shots and the AMAZI

This photo pretty much captures how we felt about

What a killer time we had today checking out the g

Today was an amaaaaaazing day because our third bo

So proud of my amazing oldest two sons and all of

These pictures pretty much some up our ridiculousl

Good times this week hanging with and loving on th

Started out today with a flat tire, but then we go

Middle school summer camp is rad! These kids are

Such an incredible night to be preaching and leadi

What a stellar weekend @dayspringbg church in Ohio

Good times with the worship team @dayspringbg in B

We shouldn’t have, but we did. 🍦🍦#daddydau

Yay, I have the fun opportunity to take my sweet d