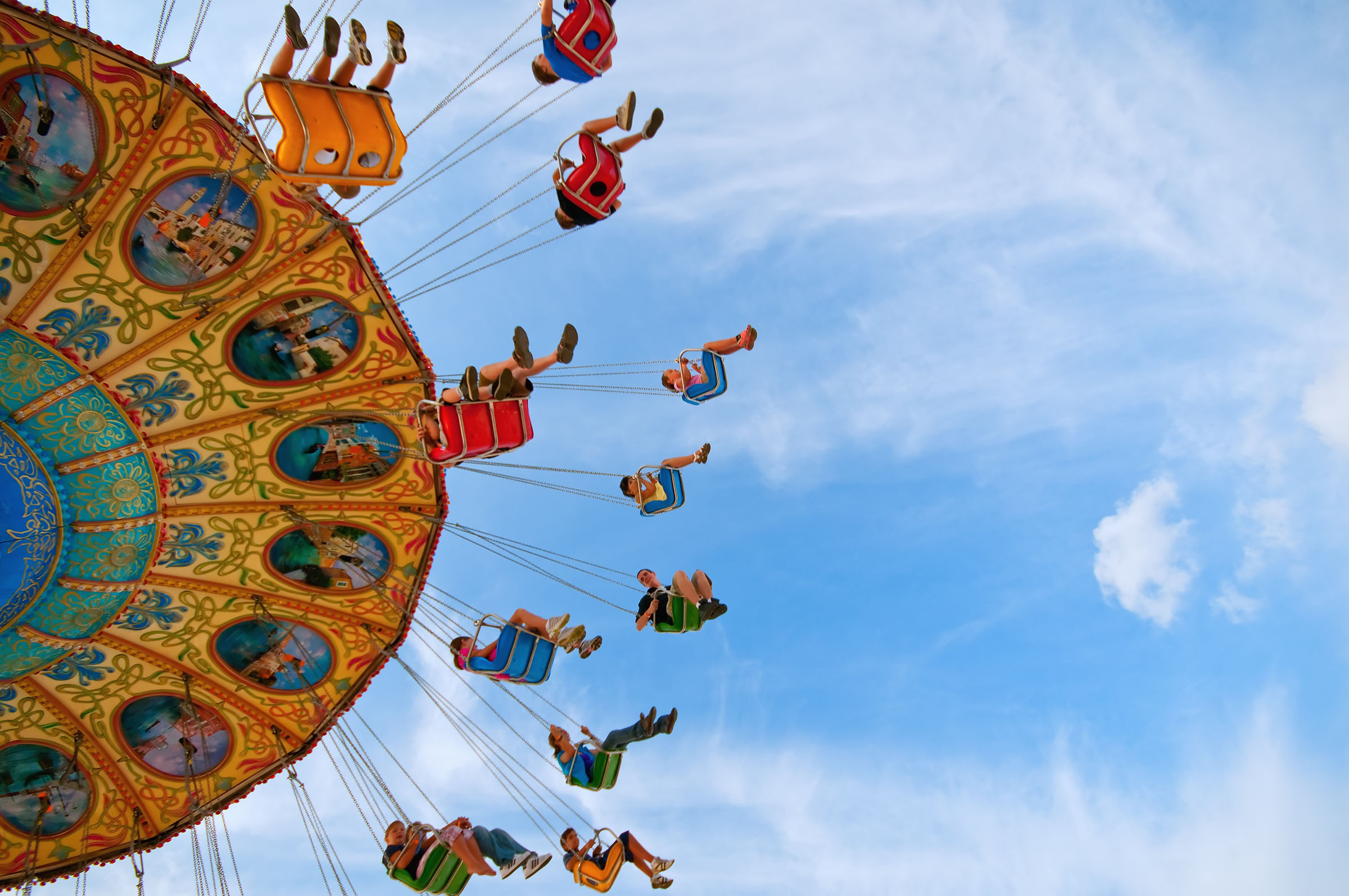 I call it Reverse Godology—the Kingdom principle that attempts to expose the Devil’s cunning ploy to flip truth on its head. God’s truth. Think of it—if the enemy of our souls can get us thinking and seeing upside down, he can eventually get us to believe that God is the problem rather than the solution.

The same goes for our maturity in Christ. Some mistakenly imagine that old age and life experience automatically equal maturity, while youth clearly equals immaturity. Not necessarily. Even as we grow older, Jesus begs us to remain young. Interestingly, it all starts with being born again—becoming like a baby—something we would all desperately resist if it meant doing so entirely in the physical realm. Yet Jesus isn’t speaking of the physical realm, but of the spiritual realm. Spiritual youth.

Paul encourages us not to lose heart—“even though our [physical] bodies are dying, our spirits are being renewed every day.” 2 Corinthians 4:16

Despite the fact that we are getting older, physically, we, in reality, remain spiritually young when we remain connected to the One who exists outside of time. And not only is this interesting, but apparently, it is also a matter of life and death!

Like us, the disciples often acted childish in their attempts to understand the Kingdom. Always competing. Always vying for position. Always jockeying.

What is Jesus saying? How can he talk like this? After all—we’ve worked tirelessly to put aside our childish ways—to exchange diapers for dapper, adolescence for elegance—and now, suddenly Jesus pitches the ultimate curve ball, demanding we return? What gives?

What does it actually mean to become like a child?

I was reminded recently of the ruddy little boy who offered his lunch to Jesus to help feed the multitudes. “Can you see it?” a preacher friend of mine said. “That little boy must have been in the hungry crowd without his parents that miraculous day. If they had been there with him—there on the hillside—we can almost say with certainty that this modest little lunch would never have made it into the Master’s hands.”

It takes great faith to offer such an insignificant remedy in attempt to provide a viable solution to such a grand dilemma. Great faith. Uncommon faith. Non-jaded faith.

Think about it. Any ordinary adult would have shushed little “Johnny” at his offer to share his lunch. I can hear it now—my own parental voice muttering, “I don’t think so, Johnny. Mother worked hard putting together that lunch, and if we offer it to Jesus, there won’t be enough for our family, let alone the thousands of others around us. We don’t need to draw attention to the fact that we have food and others don’t. That will only cause problems. What difference could such a small lunch make anyway? It will only complicate things for everyone.”

Ha! Can you hear it? This illustration is impeccable. It really serves us in gaining meaningful perspective concerning the faithless adult—the one Jesus is begging us not to become—in comparison to the faith-full adult—the one Jesus is empowering us to become. The logical adult can’t see past the obvious reasoning of such a situation, while the naive child is simply “illogical” enough to take a step of faith—to believe.

I’m not saying the little boy was so spiritual that he foresaw the miracle of multiplication. No. It wasn’t that he was more mature. It was that he wasn’t too mature—too jaded—to be rendered incapable of believing in the impossible. He wasn’t ruined for miracles as many proper adults are.

Clearly this is a fairly weighty challenge among those of us who are increasing in years. Enough that the Bible is not the only one harping on it. Even popular kids movies highlight this plotline in an attempt to help youngsters avoid the ever-so-popular aptitude for failing belief among adults

Movies like Peter Pan, The Chronicles of Narnia, and The Polar Express reveal the beauty and mystery of stirring up a heart of wonder for the unexplainable, the extravagant, the miraculous—even as we grow more aware. Even as we grow more mature.

In C.S. Lewis’ film, The Chronicles of Narnia; Prince Caspian, we discover that the older children are beginning to lose their ability to see Aslan the Lion—the Christ-like figure in the movie. Only the youngest, Lucy, seems to have maintained her ability to see and meet with him, whereas before, they were all capable of this magical connection.

Chris, the main hero in The Polar Express, movie, has lost his loving feeling toward belief in Santa. His faded faith is symbolized by his inability to hear the jingle of the silver bells that adorn Santa’s reindeer. No matter how they shake and wiggle, Chris just can’t seem to hear them jingle.

Ironic, that these two tales highlight eyes that can’t see and ears that can’t hear. Whether or not there is an intentional spiritual connection, this is exactly what often begins to happen to adults as they “mature”. Their spiritual eyes and ears begin to slowly lose their ability to function. They begin to grow numb to the things of God—often as a result of pain or great difficulty. Scales cover their eyes and ears, and the still small voice of the Lord grows ever distant.

So what does it look like to come as a child?

As we look into some possible answers to this question, we must first understand that there is a grand distinction between becoming childish and becoming childlike. These two are nowhere near the same universe. In fact, they are sheer opposites.

When we think of childish, we think of tantrums, bickering over toys, refusing to eat vegetables, whining over unfair treatment, and utter selfishness—that place where the whole galaxy revolves around me, myself, and I.

This, of course, is not what Jesus is after.

He is after the beautiful, uncapped energy of the innocent ones, the dreamers, the hopefuls, the singers, the dancers, the builders, and the lovers. Think of the best characteristics of little children. They don’t hide behind political correctness—they call things as they are. They aren’t worried about provision—they typically have no grid for worrying if they will have enough. They aren’t concerned about color or ethnic differences—or even the names of potential playmates. They only care that they are breathing and that they might possibly be a sharer in adventure.

Clearly, there are two primary things God asks of us in this verse—things that allow us passageway into his Kingdom. First, we must turn from our sins, and second, we must become like little children.

Hopefully this doesn’t wreak havoc your view of Jesus, but obviously, God is not asking us to become something that Jesus isn’t. So…we gather from this passage and others that Jesus has forsaken sin and he is the very definition of what it means to become like a child.

This is what it means to come as a child. To be like Jesus. To be spiritually young. To be free.

Are you free, or are you constantly worried about what others think? Are you optimistic, or are you the ultimate Eeyore—Whinnie the Pooh’s gloomy friend? Are you trusting in Christ, or are you full of fear?

There is no entrance into God’s Kingdom apart from childlike faith. This much is clear. We must allow Jesus to strip us of our pompous self-righteousness. He is working overtime to set us—the captives—free! He is calling us to become like him—to come as a child. Free. Hopeful. Kind. And he has provided the means for us to do so—through his blood, and in the power of his Spirit.