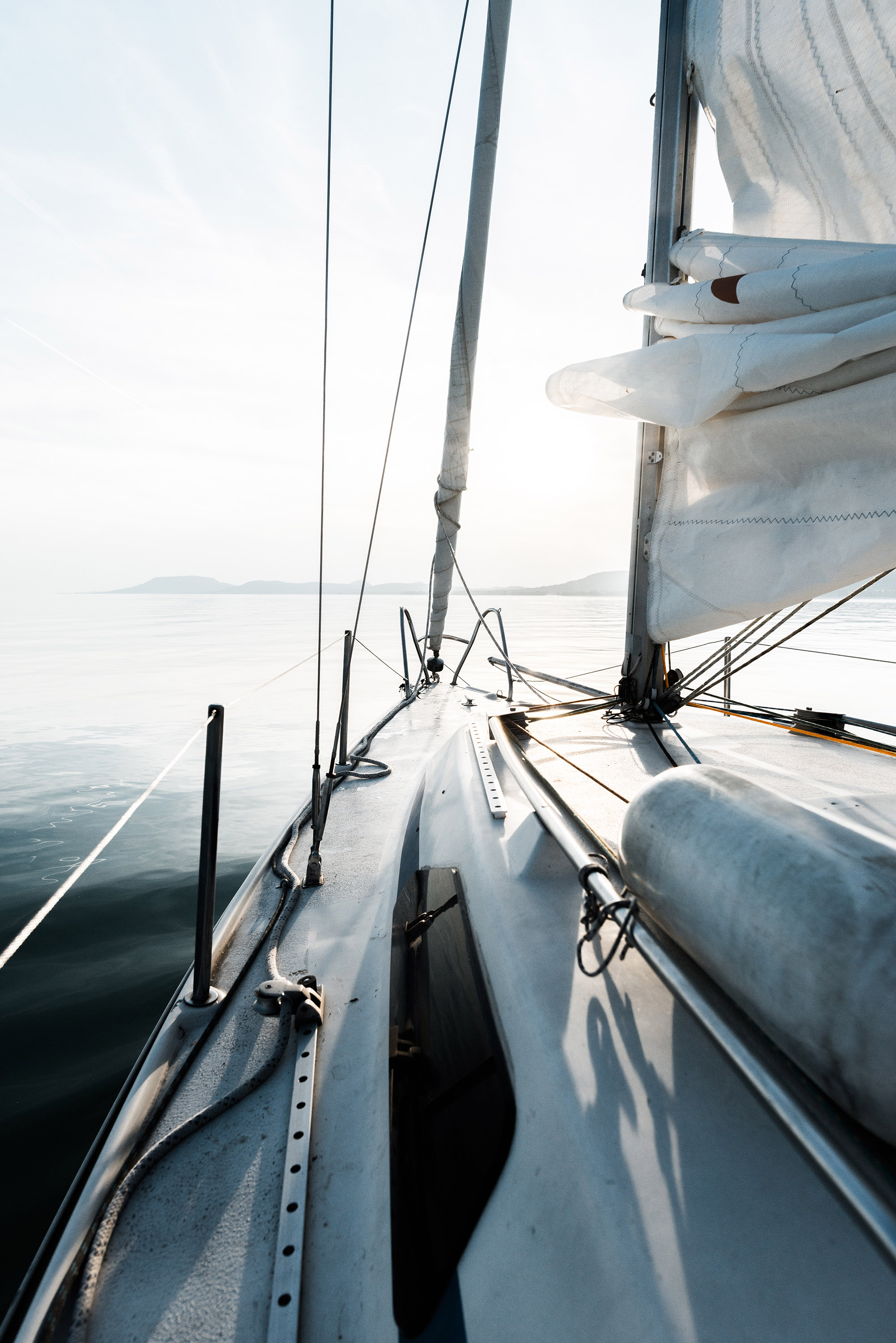 Grace is bigger than we think. Much bigger.

Hard to believe, isn’t it? I mean, we already know about God’s grace. It is the most celebrated attributed in the Kingdom of God. It is the foundational consequence of the incredible sacrifice that Jesus made for us on the cross. And we are the privileged beneficiaries.

But what if I told you that most Christians don’t understand the true beauty of grace—its full function? That grace is not only the most celebrated attribute of God’s Kingdom, but also the most misunderstood—so much so that the enemy is working overtime to keep us in the dark?

When it comes to understanding grace, there seems to be an unnecessary battle waged between two extremes. Like there are two opposing sides, and we are forced to choose between them; Ephesians 2:8, “For by grace you have been saved” and 1 Peter 1:16, “Be holy, because I am holy” …as if these two truths can’t coexist.

One camp harps on holiness, while the other cries out against the legalists. There’s one group beating people over the head with bibles, screaming “follow the rules”, while the other keeps telling everyone to “stop striving” and to “lean on God’s forgiveness”.

And each side has its go-to scripture references.

Confusing? Maybe. And to ease the confusion, we find ourselves fashioning our own understanding of grace in connection with the particular need at the moment—instead of through the full counsel of scripture.

The good news is that there is another, biblical stance, that is commonly overlooked, where these two positions actually work hand in hand. Yes, truth is, it is actually through God’s grace that we are empowered to live the holy, godly lives God has called us to live. But this is not a popular understanding.

Maybe we should read that again.

Then, if we all agree, we can pack up and go home right now!

But, just in case, let’s dig a little deeper.

Question. What is America’s most beloved and popular “religious” song? You guessed it. Amazing Grace by John Newton.

Can we sing out the first verse?

Amazing grace, how sweet the sound

I once was lost, but now am found

Was blind, but now I see

When we sing this song, what word stands out the most? The one that grabs your attention?

As we sing, it’s like the enemy is whispering, “Yep, that’s you. You wretch. Remember what you did? You really are as bad as they say. Grace is nice, but you’ll always be a wretch in his eyes.”

But that is devil talk. He lies. He condemns. He robs. He steals. He kills. And the real issue is not so much whether he tells lies, but whether we believe them or not.

Take John Newton’s song. Do you understand the lyric to suggest that we are wretches or that we were wretches? And even more importantly, does God still consider you and I a wretch?

Believe it or not, there is a tug of war going on concerning your position on these issues. And it is a matter of life and death.

Even though Newton doesn’t clarify directly here, we can discern his stance on the matter from his accompanying lyrics. When he says, “I once was lost and blind, but now I am found and can see,” it just doesn’t make sense to follow that up with, “And, I am still a wretch.”

The beauty of grace is the inconceivable transformation that helps move us from something horrific to something wonderful.

It follows then, that whereas I USED to be a wretch—a boni fide enemy of the one true God—I am NOW no longer such. I am a blood-bought child of the King; a beloved friend of God. A new creation.

And it is impossible for me to be both a wretch and a friend of God—simultaneously.

“This includes you who were once far away from God. You were his enemies, separated from him by your evil thoughts and actions. Yet now he has reconciled you to himself through the death of Christ in his physical body.” 1 Colossians 1:21-22

We are no longer his enemies. We are no longer despised. We are his children. “But to all who believed him and accepted him, he gave the right to become children of God.” John 1:12

We are no longer “sinners”. We are holy. We are new. We may still sin at times, but this is no longer our identity; “a sinner”. We are sons and daughters, and sin has lost its power in our lives (Romans 6:6).

“When you were slaves to sin, you were free from the obligation to do right. And what was the result? You are now ashamed of the things you used to do, things that end in eternal doom. But now you are free from the power of sin and have become slaves of God. Now you do those things that lead to holiness and result in eternal life.” Romans 6:20-22

Remember, this is not some type of hyped up positive thinking. It isn’t even God putting on his “Jesus” glasses in an attempt to see us as something we aren’t. It is who we are, because it is who he says we are. We are a new creation. And who are we to disagree with what he has said about us anyway? We must renew our minds in Christ Jesus so that we can accept his thinking instead of our own—so that we can accept his defining words about us rather than our own.

You see, the grace of God is much bigger than we realize—and true grace reveals the many facets of God’s glorious nature in one single word.

In ignorance, many folks have said something like this. “I really messed up this week. Thank goodness for God’s grace.” While this is nice, it is not the correct usage of the word grace. Fact is, the word these well-meaning folks mean to use is mercy.

You see, mercy and grace are mostly not interchangeable. As it relates to the Kingdom of God, mercy is… God NOT giving us what we DO deserve—punishment, sentencing, etc., while grace is… God GIVING us what we do NOT deserve—power, favor, blessings, etc.

Think about it. When you do something wrong, what do cry out for?  Grace or mercy? Clearly, we cry out, “God, have mercy!” And we actually mean, “Please don’t give me the punishment I do deserve for the wrong I did do.”

It’s not that their statement was incorrect, but that it was incomplete, because the word grace has a much more complex meaning than we’ve come to know.

As an example, there are two common Hebrew words translated “grace” in English. Chen and Techinnah. Chen simply means, “good will, graciousness, and acceptance,” while Techinnah means “favor or petition for favor.” Neither of these sounds like mercy.

In the Greek, the most common word for grace is Charis, which basically means, strength and power, as well as all or parts of the definitions of the two words above.

Strength. Power. Now that is surprising to a lot of folks!

In his book Romans 1-8, James D.G. Dunn says this: “To Paul, grace (charis) is never merely a disposition of God (God’s character as ‘gracious’); but consistently, it denotes something much more dynamic—the wholly generous act of God. Like ‘Spirit,’ [in Rom 6:14] it denotes effective divine power in the experience of men.” (Dallas: Word Books, 1988), p. 17.

To help us gain perspective, we can try replacing the word grace with the words power or strength.

Acts 13:43 says, “By God’s grace [charis], remain faithful.” OK, can we logically replace grace with the word mercy in this sentence? No. Mercy isn’t something we need to remain faithful. But strength is!

“By God’s strength [or favor or power], remain faithful.”

Take 1 Corinthians 15:10. “But whatever I am now, it is all because God poured out his grace [favor] on me—and not without results. For I have worked harder than any of the other apostles; yet it was not I, but God who was working thru me by his grace.”

We simply cannot replace grace with “mercy” in this verse, and “kindness” doesn’t tell the whole story either. Yet utilizing the words “power” or “ability,” helps to give us a fuller picture.

Saint Augustine of Hippo (354-430) makes this bold statement; “For grace is given not because we have done good works, but in order that we may be able to do them.”

This reminds me of something our children’s pastor said to a friend when they told her they could never have mustered the strength to face the death of their son like she had. She kindly corrected them and said, “Oh yes you could. If your child died like mine, you would be given more of God’s grace as strength in that situation—the situation for which you currently do not need grace. In essence, the reason you don’t think you’d have the strength to deal with this horrible situation is because you don’t have the grace for it now—but the reason you don’t have it now is because you don’t need it now. Should you need it, it would be provided.”

You see, grace is not only a covering for sin—as we’ve come to know it—but it is also Holy Spirit power [ability] that gives us all we need to live for God. Grace to obey. Grace to serve. Grace to love. Grace to forgive. Grace to overcome. Grace to help, etc.

Oswald Chambers (1874-1917) weighs in on this character transforming power; “God’s grace turns out [produces] men and women with a strong family likeness to Jesus Christ, not milksops [cowardly, wimpy people].”

Sadly, most people are taught that because of grace, the bar on holiness is lowered, but the opposite is the truth. As author, John Bevere, teaches, Matthew 5 reveals that Jesus doesn’t lower the bar on righteousness in the New Testament. He actually raises it. He does remove the expectation that we should attempt to fulfill the law in our own power, but he does NOT remove the expectation that we can now receive the Spirit’s empowerment [God’s grace] to obey, thus raising the bar on holiness from Old Testament to New.

Thru many dangers, toils, & snares

I have already come

And grace will lead me home

No doubt, when we truly grasp this powerful truth—the truth that grace is more than mercy alone—that it is also power and favor and acceptance and kindness and strength—we will finally come to terms with why exactly it is called AMAZING grace!