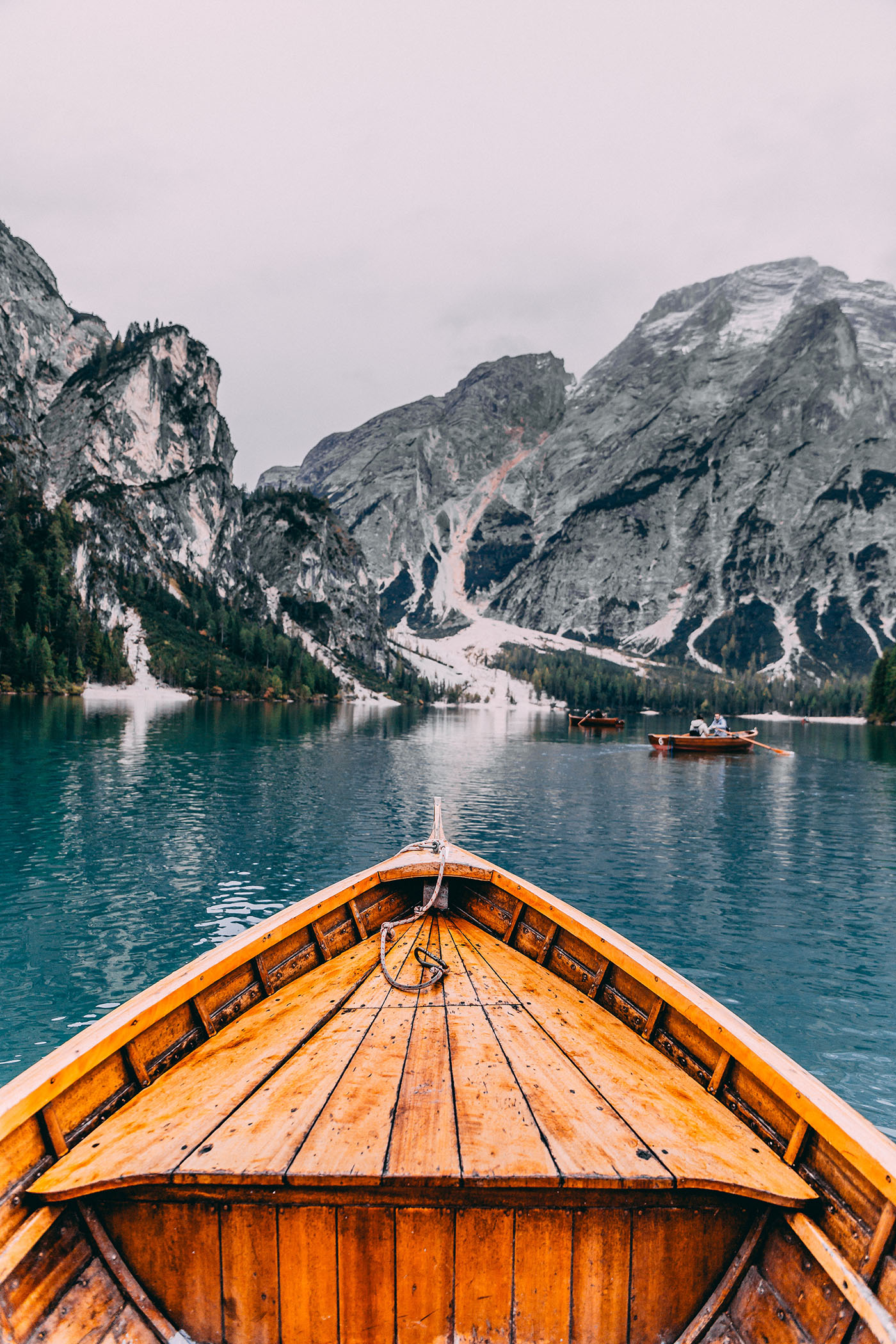 I love quotes. All except the ones that only seem true—the ones that after further review are suspect at best.

Ever use this one? “The definition of insanity is doing the same thing over and over again while expecting a different result.”

Hmmm, how about chopping down a tree? Hammering a nail? Blowing up a balloon? Running up the middle in football. Ahh, scratch that one. How about swimming across a lake? See what I’m saying?

Now, of course, I understand the idea—if you keep making brownies using the same recipe over and over again—hoping they will eventually turn out better—you’re probably missing a few screws. Even so, this is still very misleading, because there are actually many things in life that require the same action to be done over and over again, yet that eventually produce different results after some perseverance.

Why are we are so easily bamboozled by these clever one-liners? They sound so good, plus they originate from popular leaders, so we don’t question their validity.

Not surprisingly, I find the quotes we so often hear about God-sized dreams to fit mostly in this same category. A lot of fluff. Little substance.

Take this trendy cliché, tweeted and repeated over and over by well-known Christian leaders; “If your dreams don’t scare you, they aren’t big enough.” We’ve seen this one in books, at conferences, in songs, and at every major youth convention on the planet!

Challenging people to “dream big” is certainly a common approach. It’s all the rage. But I believe it can be very misleading and even dangerous to gullible believers.

Why? Because over-spiritualizing “dreaming big” preys on those whose identity is bound up in what they do for Christ instead of who they are in Christ. It bates those of us—and we are many—who hunger for worldly success, tempting us to plunge headlong with a newfound fervor into something that is not God’s number one goal for us.

Here’s another version of this same theme often echoed from the pulpit; “If you can imagine it, you can achieve it. If you can dream it, you can become it.” Since when do we see this teaching in the Word? Can we find anywhere in scripture God directing his people to seek great big hairy audacious goals? In essence, to set accomplishments as our first priority? Nowhere.

Ironically, the Bible is chockfull of mandates to the contrary—emphasizing “seeking first” the Kingdom of God and the person of God over works—every time.

Can you see how it could be a little dangerous to think this way?

Take Paul’s classic passage in Philippians 3:7-9. Referring to his own incredible accomplishments, Paul reveals that these achievements are absolute rubbish—even sewage—when compared with the fundamental calling of knowing Christ.

Consider the rebuke of the Church at Ephesus in Revelation 2. Though Jesus is well aware of their countless good deeds, he strictly warns the Ephesians of their inevitable removal from their place among the churches if they don’t return to loving God and people. To their first love.

Clearly, the temptation to make life about “doing” is a common enough mistake that Jesus can be found waving a red flag over and over on the issue.

How about Jesus statement in Matthew 7:22-23? “On judgment day many will tell me, ‘Lord, Lord, we prophesied in your name and cast out demons in your name and performed many miracles in your name. But I will reply, I never knew you; the things you did were unauthorized.’”

Are we saying good deeds or big dreams are bad? No. And yes—if they are attempted outside of relationship—apart from communion with the Father. “Apart from me you can do nothing.” John 15:5

The enemy is constantly trying to get us to focus firstly on deeds, on ministry, on works. And while these are important no doubt, deeds are the fruit not the root. Ministry always grows and flows out of intimacy. Not the other way around.

We get all pumped up by motivational speakers who coax us into dreaming up monstrous things for the Kingdom. But, thankfully, God is more interested in being with you than getting anything out of you. The issue here is not that we shouldn’t do big things for God, but that we shouldn’t seek them. We seek God, and the dreams will take care of themselves.

There are just too many folks out there attempting to do good things for God they are not called or gifted to do. The only thing you and I are expected to do is the thing God calls us to do. Nothing more. Nothing less.

Inevitably, when we talk about dreams and the Bible, two names come up. Daniel and Joseph. But Daniel’s association with dreams was more about him interpreting other people’s dreams, not about dreaming up something big to do. And Joseph’s dream was similar. Though his was big, he didn’t initiate it. God did.

Like Joseph, few, if any of the Biblical leaders I find actually went out looking for great things to do—apart from God’s direction. They just minded their own business, attempting to be faithful to him in every day life. Then God interrupted.

Think David. Did he dream up the idea of being King? Hardly. He was out in the fields tending sheep, writing and singing very personal worship songs to his Father, when God saw him. Becoming King of Israel was God’s idea not David’s.

Think Gideon. Was he on his knees praying day and night, asking God to use him to change his nation? To give him victory over the Midianites. No, he was minding his own business—actually hiding from his enemies—hoping to survive; when God saw him, and sent his messenger angel to enlist the one they called “Mighty Hero.” Fighting the Midianites was God’s idea not Gideon’s.

Think Abraham. Noah. Moses. Esther. Daniel. John the Baptist. Jesus’ mother, Mary. Saul/Paul. Peter. John. Whoa, none of these amazing people sought to do the deeds God assigned to them. In fact, their greatest accomplishment to that point was simply living rightly before God. And that is exactly what put them in a position to be on God’s radar.

Unfortunately, we imagine doing great things for God gives us better standing with God, instead of realizing that building relationship with him gives us the best standing with him, which in turn enables him to entrust us with mighty works—his mighty works—the ones he has predestined us for. Ephesians 2:10

Some may respond, “We agree, Jeff. We’re not saying people should go out and dream up something carnal to do. We just want people to stop with the excuses—to quit being lazy—to stop sitting at home on the couch doing nothing. People in the Bible do extravagant things, and we should too!”

Understandable. But the mistake we often make is overemphasizing the importance of these works over abiding in Christ—when the Bible clearly does the opposite. This is dangerous.

Am I saying we shouldn’t do great things like the heroes of the Bible? No, of course not. But none of these folks went out searching for great things to do. They all had high standing with God before ever attempting to do anything for God.

Some might argue, “But what about Philippians 4:13; ‘I can do all things through Christ who strengthens me?’ Didn’t the New Testament leaders do great things for God? Didn’t they operate in signs and wonders, healing and casting out demons?” Absolutely! But Jesus instilled that dream in them just before he ascended into heaven. It wasn’t the disciples’ idea to do these things. It was God’s.

We shouldn’t forget to compare this verse with Paul’s words in 1 Thessalonians 4:11; “Make it your goal to live a quiet life, minding your own business and working with your hands, just as we instructed you before.

Some might see these as opposing ideas, but I see this as God reminding us to be faithful in both our everyday lives and in doing the God-sized good deeds he assigns to us—as they come. And that is just what they are—assignments. These “dreams” people keep asking us to chase are not our dreams. They are God’s dreams—his “assignments” for us.

Bottom line. It is deceptive for us to tell someone that they can do anything they can dream. I would go as far as to say it is one of the big lies in the church today. As a result, many seek the dream instead of the Dream Giver. The provision above the Provider. The healing over the Healer.

I know. There’s immense pressure to write the next best selling book or blog, to produce the next big hit single, to grow the next big church, to come up with the next big invention, or design the next billion dollar .com company, so we pursue these things firstly. To our detriment.

These crafty quotes appeal to our fleshly desire to do something great while we’re alive—to make something of ourselves—to be recognized—to feel like we matter. But the truth is what we do on this earth will only count in eternity in as much as we seek first his Kingdom. It won’t matter if we discover the cure to cancer in this life but don’t receive the cure for our rebellion. It won’t matter if we spend our life rescuing thousands of human trafficking victims if we won’t be rescued from our sinful nature—from our pride—from our selfishness—from our own self-righteousness.

To first cultivate a strong relationship with our God. Isn’t the best thing we can do for our children, for our spouse, for our community? To spend intentional time in the presence of Almighty God—pouring out our hearts to him, meditating on his Word, and receiving direction from his Holy Spirit? Isn’t it then that we are the most useful, the most whole, the most right-minded, the most selfless, the most able to serve? And isn’t this person the one who is best suited to set the captives free, to heal the sick, to visit the prisoner, to comfort the brokenhearted, to share with the poor and the needy, to preach the Gospel? This, my friends, is not the dream of man, but the dream of God.